つい先日、掲示板に登場した少年Climber: Scott君のニュースが、
今朝のSan Jose Mercury新聞にありました。
The sheer granite face of Half Dome towers 4,400 feet over Yosemite Valley
like a dare. Climbers who accept that dare average three days to scale the
steep “Death Slabs'” and ascend Half Dome’s Regular Northwest Face, the
route first conquered in 1957. Scott Cory, 14, of Brentwood, bagged it
Thursday. Took him half the day. It was good training. Tagged with
the nickname”Spider Boy” for his feats on rock, Scott holds claim as
the youngest climber ever to achieve one-day summits of Half Dome and
“The Nose” of El Capitan. Now comes a more grueling challenge.
Later this year, he will attempt to tackle both routes within 24 hours
to become one of 15 people, and by far the youngest, to achieve
the storied “Yosemite Double…”   (中略)
On Thursday, Scott ended the Half Dome climb worn out — not so much
from the seven-hour ascent of the granite wall, but from the seemingly
interminable three-hour hike down.
来年(2005)はHalf Dome初登頂から130年目に当ります。
“The first known non-indigenous man to conquer Half Dome was George
Anderson on Oct. 12, 1875.” 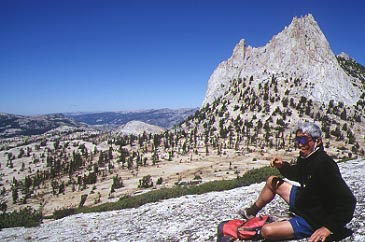 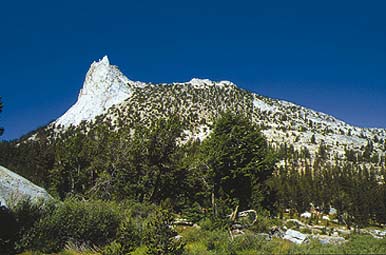 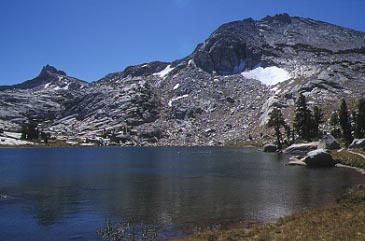 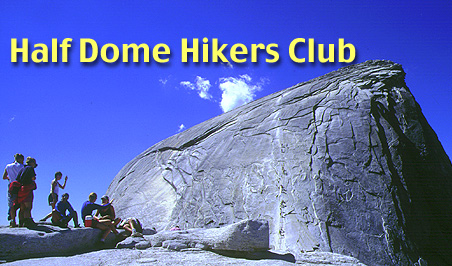 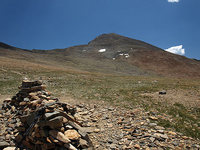 【雑学】 ”Every tourist who wishes to make himself acquainted with
the high mountain scenery of California should climb Monunt
Dana; those who ascend no higher than the Yosemite and
never penetrate into the heart of the mountains, should never
undertake to talk of having seen the Sierra Nevada…”
J. D. Whitney著「The Yosemite Book」より。
関連記事 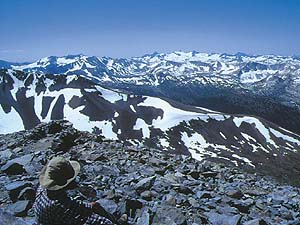 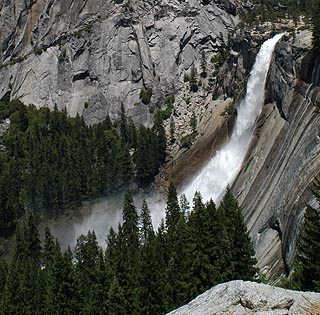